The Wizard of Oz

Lakeshore Productions Inc. celebrated their 25th anniversary year by taking a journey over the rainbow with The Wizard of Oz.  This wonderful classic by L. Frank Baum is brought to life with the music and lyrics by Harold Arlen and E. Y. Harburg with background music by Herbert Stolhart.  This classic tale, takes Dorothy, a Kansas farm girl, over the rainbow to discover the importance of home.  When a cyclone rips its way through Kansas, Dorothy Gale and her dog, Toto, are swept up by the cyclone and taken away to the magical land of Oz. There she meets Glinda, the Good Witch of the North who shows her the yellow brick to the Emerald city, as well as The Wicked Witch of the West, who would be of no help on her journey.  As Dorothy and Toto follow the yellow brick road to the Emerald City to meet the Wizard of Oz, they meet a Scarecrow in need of a brain, a Tin Man in need of a heart, and Lion in need of some courage.  Through their adventures together, Dorothy’s friends will help her realize that there truly is “no place like home”.

The cast of The Wizard of Oz was made up of 50+ members, with countless others behind the scenes that helped bring this show to life.  This 25th anniversary production was filled with LPI new comers as well as LPI veterans.  One new comer, Shannon Knowski of Port Washington, donned the ruby slippers and was leading lady, Dorothy Gale.  The most of the remaining leading characters were LPI veterans, Aunt Em/Glinda was portrayed by Heather Hernandez, Zeke/Cowardly Lion was played by Riley Stout, Hunk/Scarecrow was played by Phil Greve, Miss Gulch/Wicked Witch of the West was played by Sharon Quinn.  LPI was happy to welcome other new comers, Christian Spaay who played Hickory/Tinman, and Tyrone Wesley as Professor Marvel/the Wizard of Oz.  Uncle Henry was played by nonother than Bob Deyo, who has been the only member on stage in all 25 shows LPI has produced.  Toto was also a new comer to LPI, one-year old doggy, Rosie Wanta.  Lot’s more cast members filled the rolls of Citizens of Munchkinland, Poppies, Ozians, Winkies and Jitterbugs!

The Wizard of Oz was led by a very young, but eager and excited production staff.  LPI newcomer Lizzie Riley lead this year’s production of The Wizard of Oz with the assistance of two LPI veterans, Ben Johnson and Kim Koeppen.  John Robertson lead music as music director/pit conductor while Angela Penterman lead choreography.  Other members of the production staff included Gary Lobermier as technical director, Mike Schwab and Roy Schwab as set directors/designers, Dori Ross and Sara Stout as costume designers, and Alexia Birenbaum and Roy Schwab heading hair and makeup design. This year and the past 25 years of musical productions would not have been possible without the help of the countless volunteers that give their time, talent and energy to LPI. 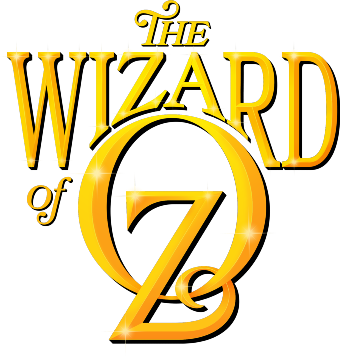